Woolworths opened in the Welsh town of Maesteg in 1927. It was on Commercial Street, next to A E Lockyer & Son. This is an early staff photo sent in by Richard Northover. The photo was sent to his late father (who was store manager in the 1960s) by a long retired District Manager called Keith Doel.

He also has a copy of the 1934 Pictorial Record, showing Mr Barclay being the store manager in 1934. In that edition, it says there were 600 stores, of which 2% of the store managers were ladies – Woolworths at the forefront of equality! 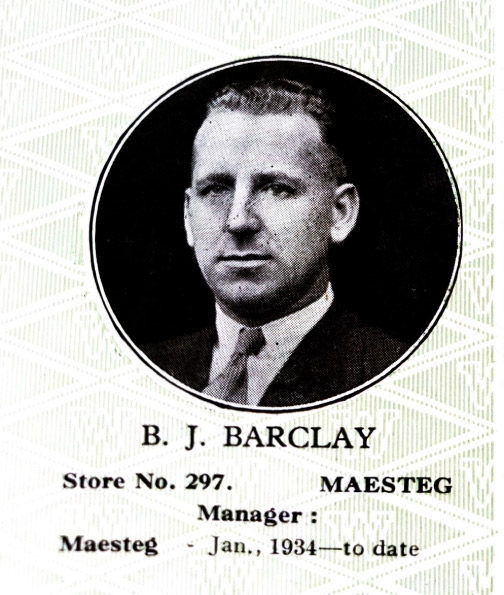 Below you can see the front of the store, possibly from the 1960s – I am guessing from the style of the cars. Next door you can see Lockyer’s and in between Woolworths and Lockyer’s was an alleyway leading to a snooker hall. 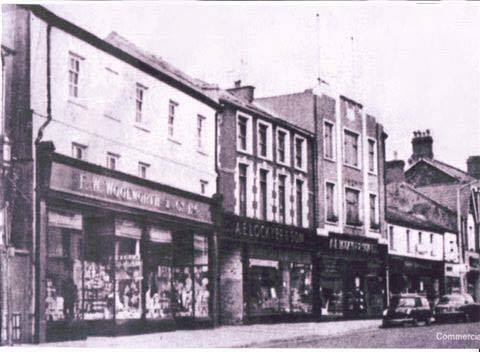 Below is Richard’s father Mr D. Northover from the 1964 Pictorial Record. He was the store manager of Maesteg from 1961 – 1965, and he was aged 39 in this photo. Richard was a Woolies child, born in 1960, as his mother was also a Woolworths employee. One of his childhood memories is “…this was the store where, once I was tall enough at the age of 4/5, I was taught how to press the buttons on the cardboard bailer in the stockroom. No health and safety concerns then!” 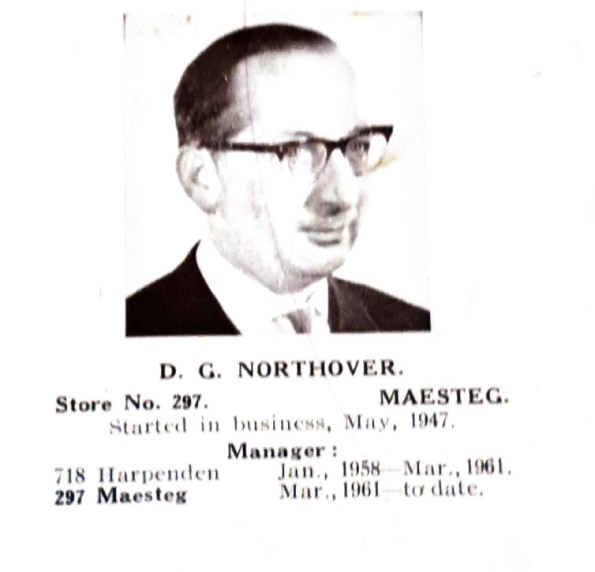 Below is a staff photo from 1968, when the store manager was Terry Williams, who took over from Mr. Northover.

In May 1983 Richard Northover became the store manager of Maesteg, working there until 1986. He says, “The team that worked for my Dad mostly also worked for me albeit 20 years older!”

Former employee Louise Jeffery shared some 90s photos on Facebook page Maesteg Memories and you can read lots of happy memories of the store on that page. What I love about this photo, apart from cool Auntie Pam being Santa, is seeing the products on the shelves, and the SALE point of sale. 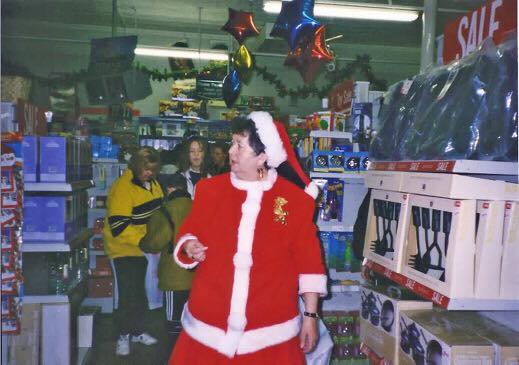 The store lasted until the end, closing in December 2008.

It became a shop called Richleys Stewarts for a short while, but today it is Peacocks. It is interesting if you compare with the black and white photo above, there used to be little half-windows just above the fascia. Next time you are shopping in Maesteg Peacocks, now you will know you are in a former Woolworths!