Woolworths opened in Cradley Heath in August 1931 on the High Street.

The store closed in September 1989 and today it is an Iceland.

37 High Street, Bromsgrove, Worcestershire B61 8AN

Woolworths opened in Bromsgrove in 1930 on the High Street, next to J.T. Taylor & Son. You can see it in this very clear photo from 1943. Look at the lovely window displays, the pelmets in the curved windows.

This postcard shows the canopies open.

At some point the store was extended and the upper floors changed to a more plain looking frontage. It was a much loved store from the stories of former employees. You are read some memories here from the Bromsgrove Advertiser, including details of a child ghost in the stockroom.

In 1980, Annette Trow started here as a Saturday girl and stayed for 28 years. She still goes out regularly with her former co-workers at Bromgrove, now close friends.

Anthony Slade sent in this staff photo from what looks like the 1980s or 90s.

And Lisa sent in this photo from when the store closed down in the last days of trading. Tom Clark remembers being there to hand the keys over to administrator on the last day. 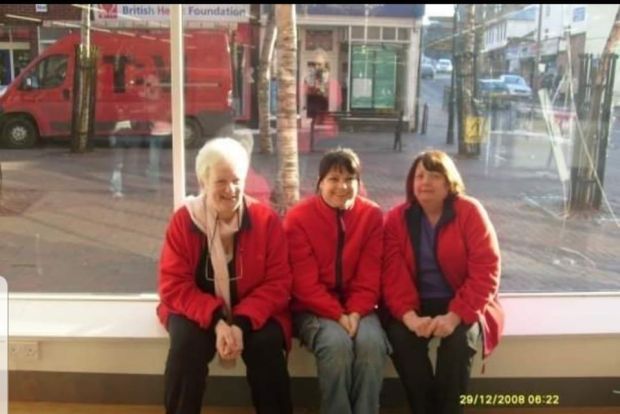 So what happened after this Woolworths closed? Poundland moved in of course. 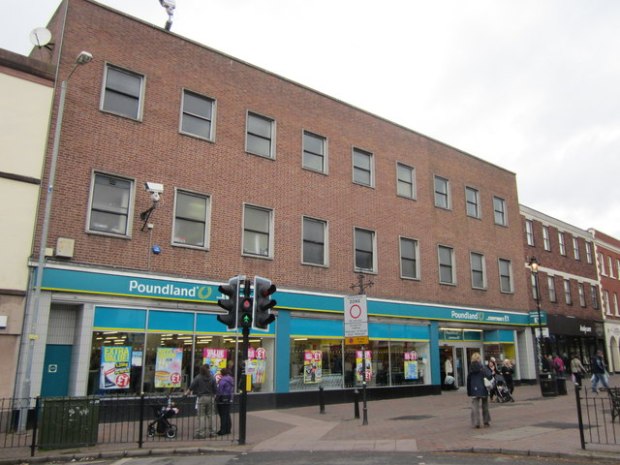 Woolworths opened in Evesham in 1930. Sorry there aren’t any interesting photos of the store from the early year. Below is a more recent photo – it appears as it the top windows had black blinds.

The other side of the store opened up into the shopping centre.

After the store closed in December 2008, it became an Alworths. But they closed down after a few years.

Today the building is occupied by Poundland. 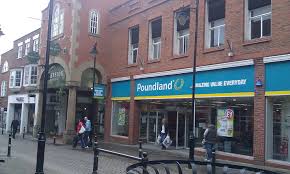 Woolworths opened in Kidderminster in 1927 on Vicar Street. It was a small purpose-built store with classic Woolworths architecture. You can see the store below on the right – with thanks to Richard Pearson for the information.

The store traded here until 1968 before moving to a new, larger store on Worcester Street.

The new store was located at number 1 Worcester Street, next to what was then the Red Lion hotel. The hotel closed in 1963 and became Curtess Shoes, next to Woolworths in this 1970s postcard.

David Williams was the store manager of Kidderminster Woolworths, before retiring in 2002. He says it was a great store, with a great team of people and they were entered in the Guinness records for the largest Christmas Grotto in Europe. In fact it was reported on the BBC News and is pictured below. Woolworths used to trade from two floors. But when trading was reduced to just one floor, David decided to put the empty floor to good use. They raised lots of money for Kids First and other charities.

Former employee Nicki Bacon says there were stories about the third floor being haunted. She used to hate going in there on her own!

The store lasted until the end, closing when the chain went bust in 2008.

Sadly the building is still empty, and the front is often covered by market stalls.

Woolworths opened their 225th store in Redditch in 1926. From this photo we can see that it was originally a small Art Deco building (see on the left).

In the 1960s, the store had a makeover, which you can see on the left of this photo.

But only a decade later, Woolworths moved out of this building to the new shopping centre. A DIY store moved in. 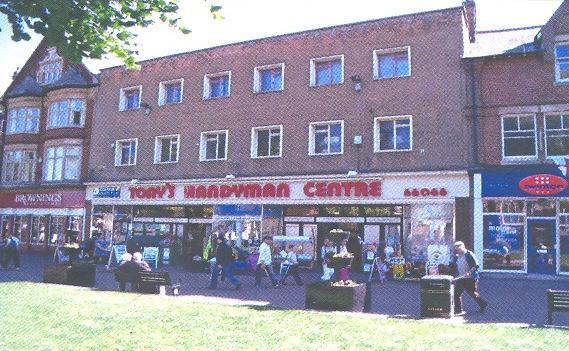 In more recent years it was a British Heart Foundation furniture store, but they moved out a few months ago and the building is now vacant.

In the 1976 the Kingfisher Shopping Centre opened, and Woolworths moved into Unit 41. It backed on to the open market. 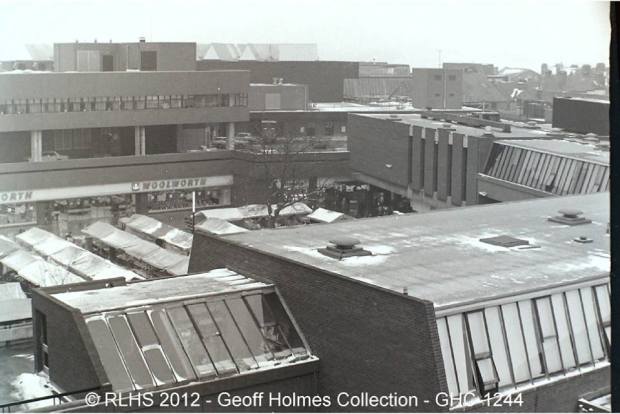 Woolworths traded from here right until the end, when the chain went bust in December 2008.

New Look moved into the unit, and since then the shopping centre had a major makeover. This is how the unit looks today. 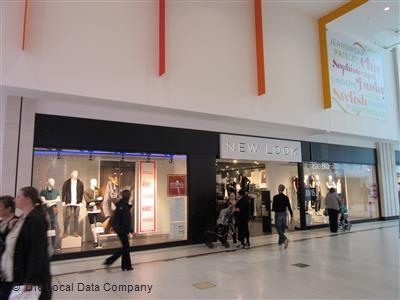 Woolworths opened in the historic town of Stourbridge in early 1926. It opened on the High Street, but unfortunately I can’t find any photos of the original store. From the address, we can work out the it is where the Co-operative was, next to HSBC which was presumably Midland Bank in the old days. 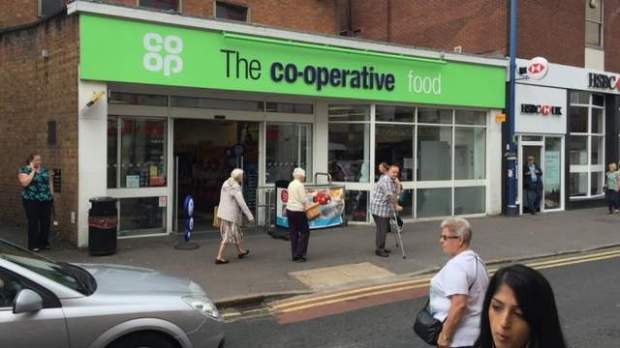 Woolworths left this building in 1974 when they moved into the town’s new shopping centre. The Co-op have recently left the building too, after being here for many decades, and I think this area is being redeveloped.

In 1974 Woolworths opened a new store in the new Ryemarket shopping centre, keeping store number 210. On the opening day, this heavyweight boxing champ was mobbed by autograph hunters when he officially opened the store. Look at the 1970s signs in the background, and the escalator – it must have been a large store to have escalators. 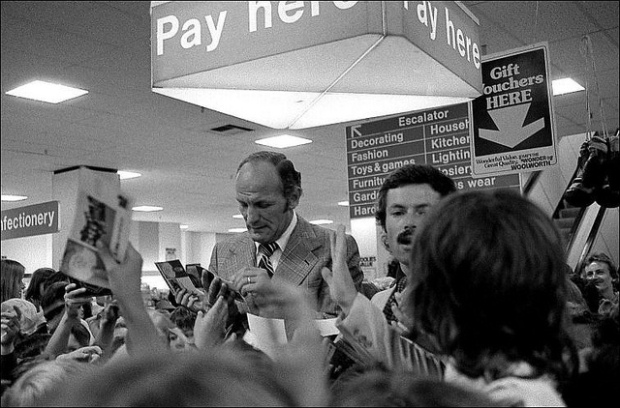 Here are two photos from the 1990s that were taken by Peter who kindly emailed them to me from his personal photos. It’s an absolutely fantastic capture, the 1970s fascia, and winfield logos on the doors, even the doors themselves look so retro. There’s a PlayStation offer on the poster in the window, a National Lottery poster – the lottery was quite new in the 90s from what I remember. 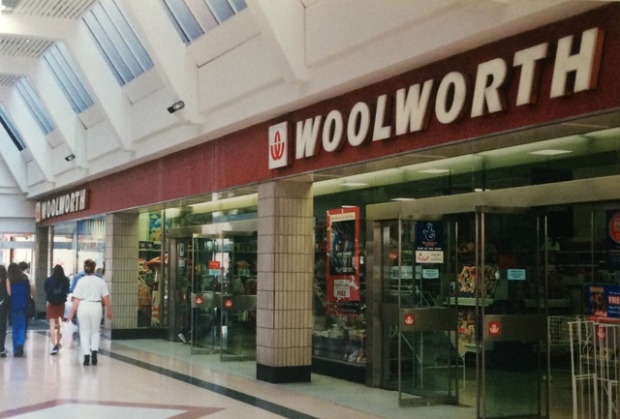 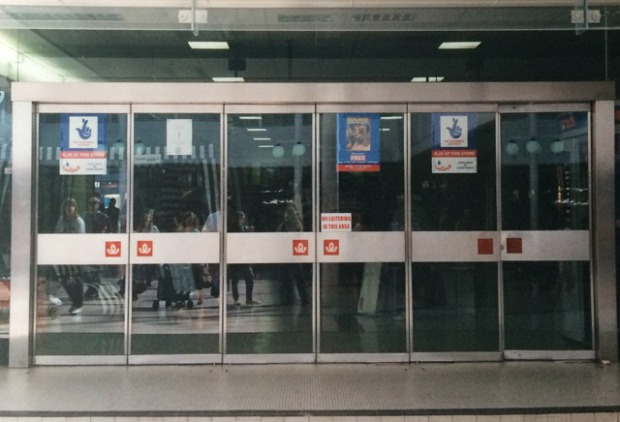 The store lasted until the end in December 2008. This photo was taken 2 days before the last day, and the photographer says he had to take the photo really quickly as there was a constant stream on people walking in front of the store. 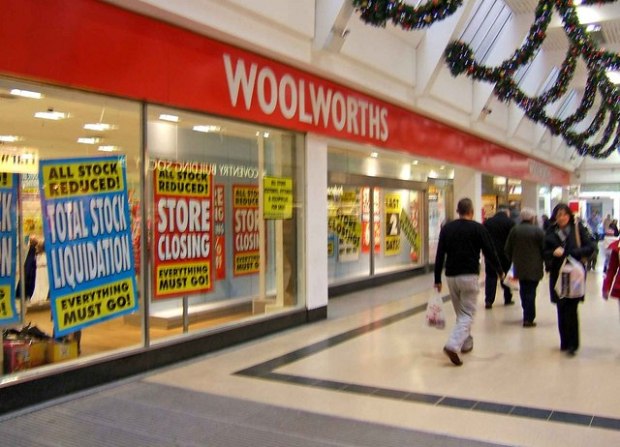 Today you will find Home Bargains in its place. 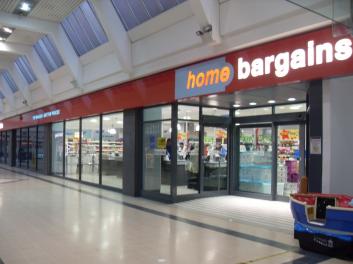 In 1925 Woolworths opened their 200th store in the historic city of Hereford. Sadly I can’t find any photos of the store in the early days. We do know that the building was identical to the early Sheerness store (no. 201), as they were probably designed at the same time.

In 1962-3, the store had a huge update with a new facade, and an Iron Age or Romano-British quern was found during the extension work. The new building had many upper floors that protuded over the ground floor.

It became a Peacocks store, which it still is today.

Worcester Woolworths, Store 65, opened in 1916 on the High Street. You can see it on the left of Marks and Spencer in this photo.

In June 1979 the store in Worcester was severely damaged in an arson attack , which started in foam filled pillows in the stockroom. No-one was hurt, but it took nine months to reinstate and re-open the store. When trading resumed the branch continued to carry a small range of foam filled furniture and pillows, albeit with very limited stocks and a state-of-the-art sprinkler and alarm system. (Source: Woolworths Museum)

Source: The Changing Face of Worcester

In 2008 M&S bought this building to make a superstore and Woolworths moved into numbers 48-50 High Street to become store 1270 – this store had a short life as the chain then went bust. This is how the original Woolworths Store 65 looks – today the M&S is gold. 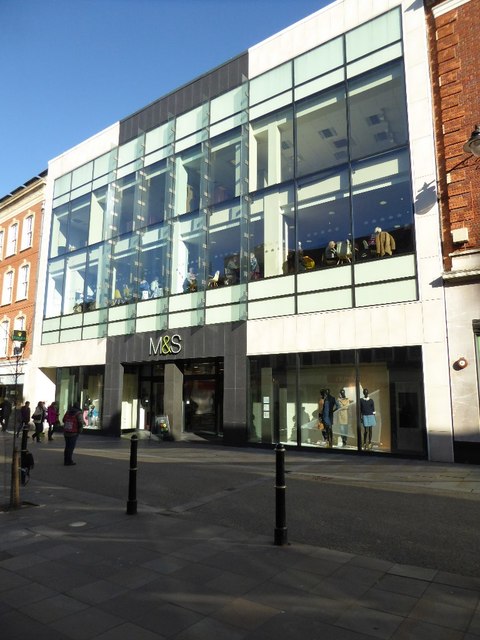